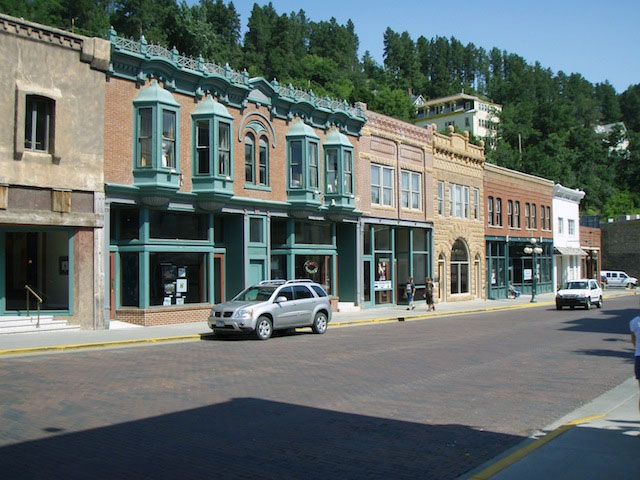 BHPI was contacted by the management of the Lucky Nugget Casino who reported their employees were experiencing strange happenings when they had to go to the storage areas on the second floor. Some employees said they had experienced feelings of being watched; some heard footsteps while others reported being touched. Others had seen shadowy figures and even experienced phantom smells of perfume. One employee reported seeing an apparition of a little girl that disappeared before his eyes. The experiences had scared the employees so much that some refused to go to the second floor by themselves.

During interviews with employees, many claimed that while working on the main floor of the casino, they would hear footsteps coming from the second floor. This wouldn’t be odd except for the fact no one was upstairs.

We spoke with witnesses, and toured the second floor where the activity was reported to have taken place. The second floor was in various stages of disrepair, and cluttered with building materials and old furniture. The unique architecture of late 19th and early 20th century was present. Attempts had been made to modernize other rooms. It was apparent that it had been some time since anyone had occupied the second floor.

Through extensive research, we learned the current buildings the Lucky Nugget Casino occupied were rebuilt during the late 1890’s into the early 1900’s after fire destroyed most of this section of town in 1894. Lower Main Street, also referred to as ‘The Badlands’, housed the original #10 saloon where ‘Wild Bill’ Hickok was shot and killed on August 2nd, 1876.

Various businesses occupied the buildings throughout the years. Sometime during this time brothels moved into the second floor. The brothels flourished until raided and shut down by the federal government in 1980. It was said the whole second floor from one end of the block to the other housed brothels.

Note: Lucky Nugget Casino no longer occupies this location. Other businesses have since moved into the location.

Within thirty minutes of arriving for our first investigation, one investigator was conducting baseline EMF sweeps when he experienced a phantom smell of perfume in one of the rooms. He noticed his EMF meter spiked during this encounter. When he stepped out of the room into a hallway, he clearly heard hard-soled shoes walking down the hallway. When he went to investigate, there was no one there. When this investigator was telling his experience one of the employees of the casino was present and became visibly shaken. He explained he had experienced a phantom smell in that same room, but had not told anyone as he felt people would think he was crazy.

Throughout the many investigations conducted, we experienced shadow figures looking around doorframes, heard disembodied voices, heard movement and knocks, and a couple investigators experienced being touched. We also documented abnormal EMF spikes that would wander through rooms into the hallways and disappear. We also captured some compelling recordings of EVPs.

Since BHPI never enters into an investigation trying to prove there is paranormal activity taking place. We worked hard and were able to debunk some of the activity we encountered. However, many of the experiences we had just could not be explained. We can reasonably say based on our experiences and investigation, plus that of other outside witnesses, the brothels have a high rate of paranormal activity. 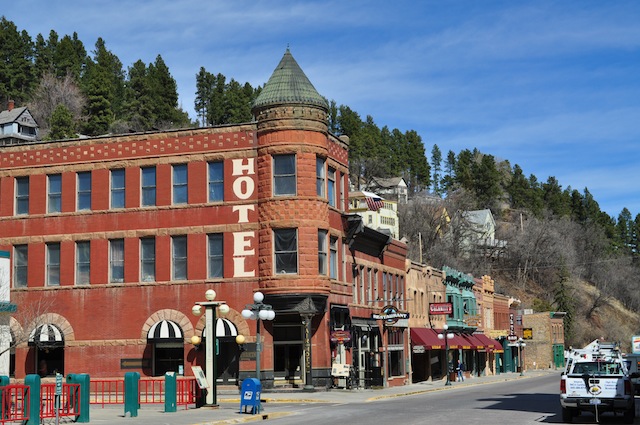 This is a photograph of Main Street Deadwood. This is the area that was once referred to as the ‘Badlands’. The second floor of these buildings once house the infamous brothels that were shut down in 1980.

Many people claim to witness apparitions looking out of the second floor windows of the old brothels. We suspect it is the mannequins they see instead of a ghostly figure. 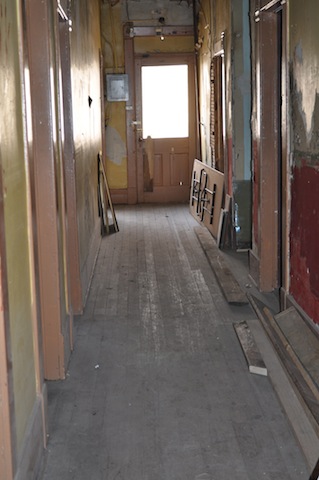 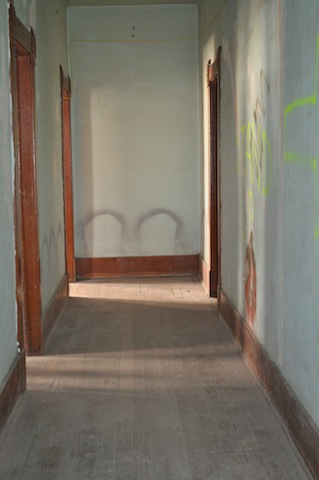 Two investigators experience a shadow figure in this hallway. 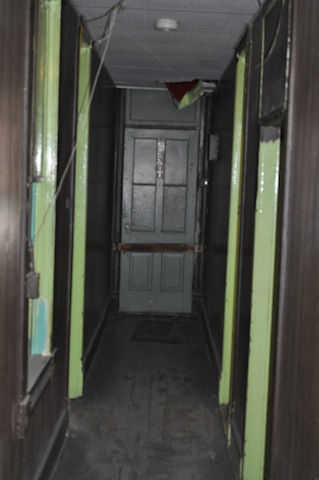 These last two hallways continued to provide investigators with interesting experiences. We experienced seeing shadow figures and whispering. This was the area where we obtained the voices of children on a couple EVPs. 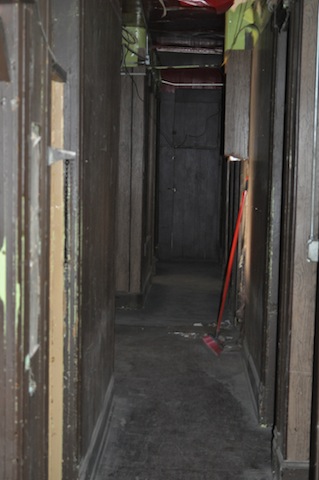 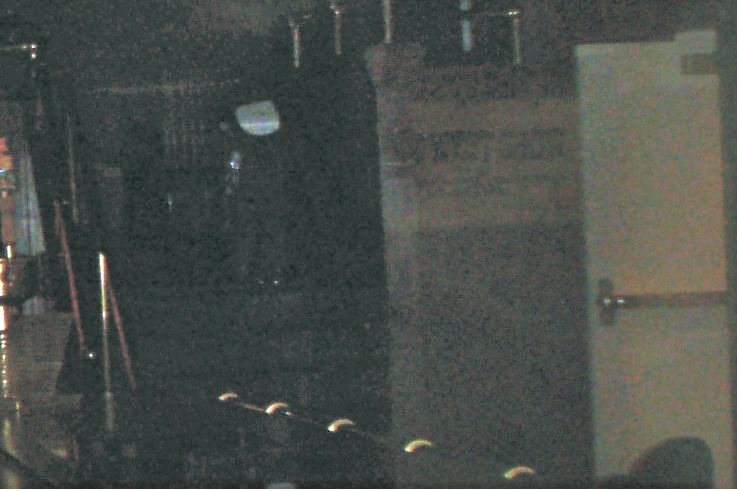 We in no way claim that we captured an apparition or ghost in this photograph. We simply provide it as an unknown anomaly that was captured during our investigation. This photograph has left us all scratching our heads. You can see what appears to be someone standing at the top of the stairs. Where the head should be is a flare from the brass railing. We took several photos of these stairs throughout the investigation, but this is the only one that we captured this anomaly. The witnesses told us they see a small boy playing on these steps, and this photo tends to lean toward a small person. We present this to you to view and make up your own minds. We know some of you will believe and others will question the veracity of the photo. We ask that if anyone out there has a reasonable explanation for this photo, please contact us at bhpihelp@yahoo.com. We appreciate any constructive feedback we get.