In February 2011, BHPI was invited by Dawn Wexo owner of the Occidental Hotel in Buffalo, Wyoming to investigate some of the paranormal activity that has been taking place in the hotel. Our investigation encompassed two days, Friday February 4th and  Saturday February 5th.

The Occidental Hotel is located at 10 North Main St. in Buffalo, Wyoming and occupies the original site Charles Buell built his original hotel in 1880. The original hotel had six rooms. In the day, the hotel had a reputation for hospitality which was a draw for many colorful characters of the era including, Butch Cassidy and the Sundance Kid, Tom Horn, General Phil Sheridan, Buffalo Bill Cody, and Teddy Roosevelt. Owen Wister, author of “The Virginian” is said to have written his book at the hotel and based many of his characters on the cowboys and gunslingers he encountered while staying at the hotel.

In 1918 two ranchers won the Occidental in a high stakes poker game. Since neither rancher had any use for a hotel let alone knowing the first thing about running one, made plans to sell it. In the meantime, one of the rancher’s wife, Margaret Smith ran the hotel. It turned out that Margaret’s management of the hotel was successful and she would end up managing the hotel for another 58 years until her death in 1976 at the age of 92.

Dawn told us that her and her late husband bought the hotel in 1997, and began restoring the hotel. She told us that the hotel had sat vacant for many years and was in a severe state of disrepair. As the restoration proceeded on the hotel, she along with several of the workers began experiencing strange activity within the hotel.

Dawn told us about a 7 year old girl named Emily who is said to have perished in the hotel back in 1902 due to Typhoid fever. She told us the girl was a daughter of one of the prostitutes that worked out of the hotel. Dawn told us that many guests and employees have seen the apparition of Emily as well as seeing objects move on their own.

Dawn told us about a guest who left the hotel in the middle of the night, allegedly run off by paranormal activity. She received a phone call from the guest who was in a panic. He told her that while asleep, someone pulled off all of his covers. He reported that items were being thrown around in the room. Before she could provide him another room, he had left the hotel never to return. Dawn went to the room and found the room was in a mess. Nightstands were knocked over, the bed was moved and items strewn on the floor.

We could not substantiate this claim, but one of our investigators stayed in this same room for the duration of the investigation without incident.

Dawn provided us with rooms on the second floor where we set up our command post. Because of the time of year, there were no other guests staying in the hotel, so we had the whole second floor to ourselves. The Occidental Saloon was open, but closed at midnight.

Based on Dawn’s and others experiences we concentrated on the north wing of the hotel around the north hallway and rooms 18 and 19 where many claim to see items move and doors open and close. There were also reports of people being touched and seeing shadow figures in this part of the hotel. We placed static IR cameras and digital recorders in these rooms and hallway and began our investigation.

Two of our investigators were in a small kitchenette making coffee when they both heard what sounded like a female voice. During playback of the recorders placed in the kitchenette, we did capture this disembodied voice.

Soon after this experience, two other investigators were investigating rooms 18 and 19. They were conducting an EVP session. One investigator walked into room 19 through an adjoining doorway and stood just inside the room. This investigator had a hand held IR video camera and filmed the room. We had been told that the bathroom door has been seen opening and closing on its own and were trying to capture this on video. As the investigators asked for the door to open or close they were surprised when the closet door in room 19 opened. At the same time the investigator sitting on the bed in room 18 let out a scream. She was poked in the stomach. (See video in evidence section)

After the initial shock of the experience the investigators began looking for reasonable explanations. The closet was void of air vents, which could cause positive air pressure pushing the door open. There was nothing inside the closet that fell against the door. The video revealed that the door was securely closed, and you can clearly hear the door knob turning as the door opens. As the investigator stood at the closet looking for an explanation, he was touched on the back. No one stood near him during this experience.

We went downstairs to investigate the Occidental saloon, but the doors were locked. We stood in an adjoining room and were discussing our next step when we all heard glasses tinkling coming from the bar area. We looked through the windows, but could see no one in the bar. This was one of the claims we heard about the saloon, but because it was closed, we could not investigate to find a reasonable explanation to what we experienced. We did note that there was no vehicle traffic at this time.

After our two day investigation we began the long process of reviewing our evidence. We obtained a few pieces of audio evidence in the form of EVPs as well as the video of the door opening in room 19.

Based on the evidence and personal experiences, there is no doubt some form of paranormal activity is taking place at the Occidental Hotel.

We were not able to determine a little girl by the name of ‘Emily’ is responsible for the activity, or for that fact did we capture any evidence to support any specific person is responsible. It is interesting that we did have experiences consistent with stories others have related.

We found the Occidental Hotel to be a most interesting location. It is steeped in history and is what one would imagine when thinking of an old-west hotel. There are many reminders of the wild days with bullet holes still visible in the walls and ceiling of the saloon. There are also old cowboy spur marks on the back stairs. On one room door, the indentations of a cowboy’s six-shooter are still present.

Dawn Wexo has done an incredible job of taking a diamond in the rough and shining it up to its past glory. If you happen to visit Wyoming, make the Occidental Hotel one of your stops, you will not be disappointed.

*When remodeling the hotel, Dawn found many of the original furniture pieces actually used in the hotel. She has incorporated these items back into the hotel. As well as original tin ceilings and wallpaper.

We heard this female voice as we were preparing to start the investigation. You will hear two of our investigators react.

After listening to this EVP several times, we think it is a female saying “I’m so lonely.”

This video speaks for itself. 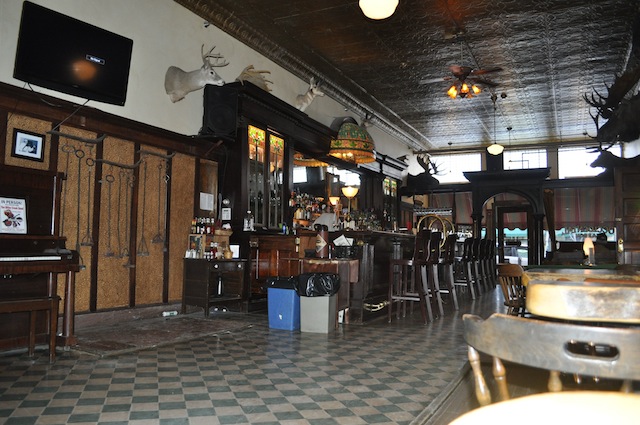 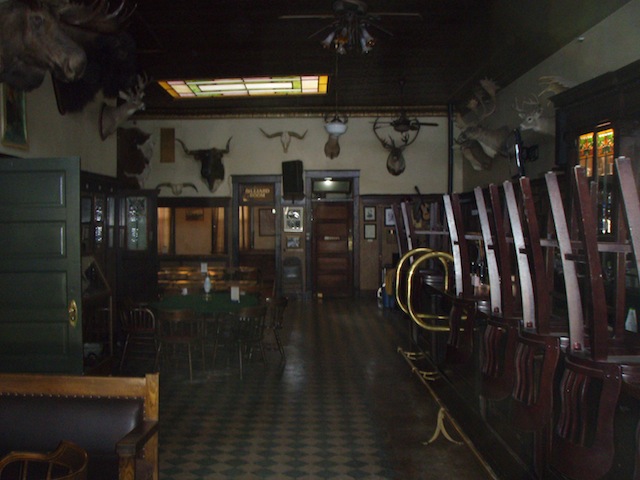 The Occidental Saloon contains many of the original paintings that hung in the original saloon. There are still 23 bullet holes in the walls and ceiling. 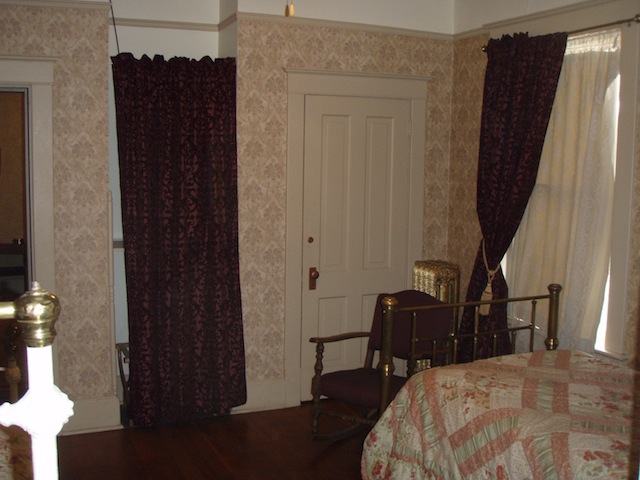 This is the closet door in room 19 that opened on its own. 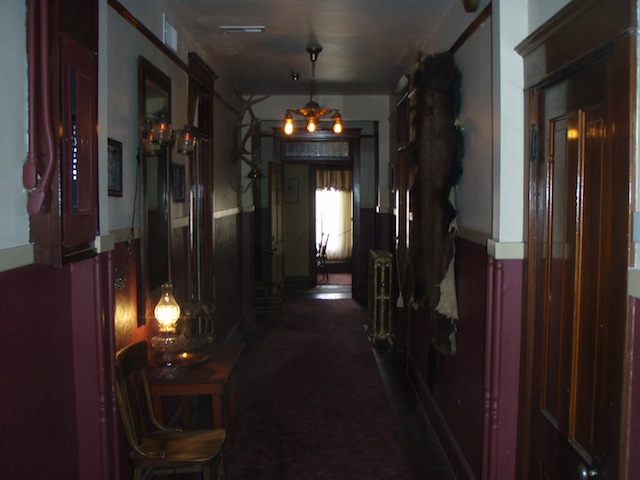 This is the north hallway looking toward the room Owen Wister used while writing “The Virginian”.

Front lobby of the Occidental Hotel.